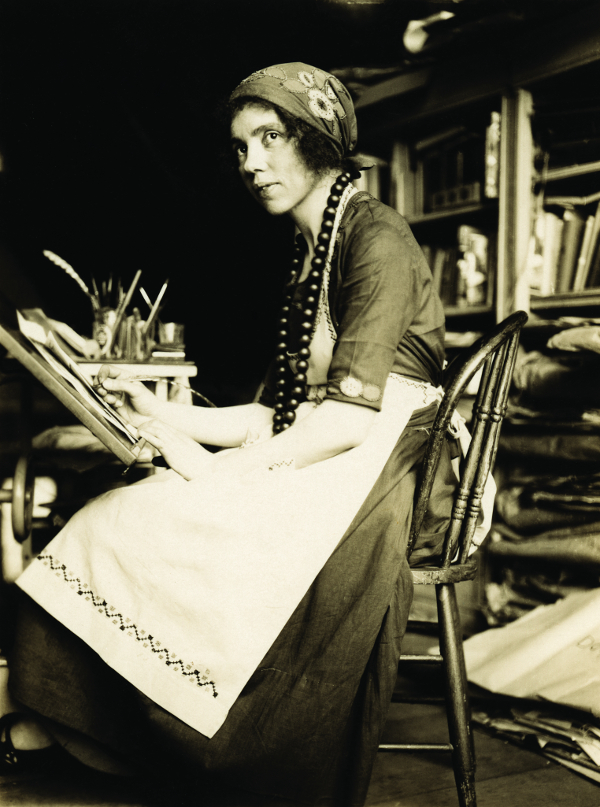 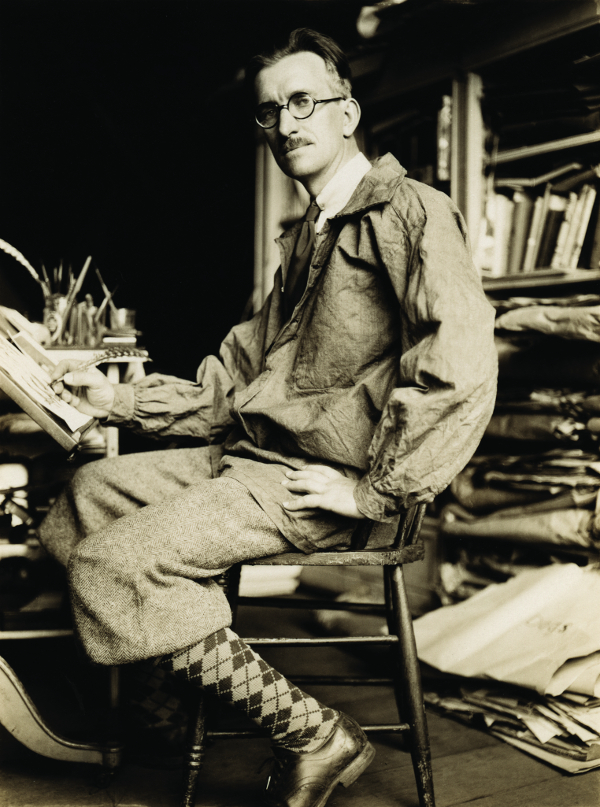 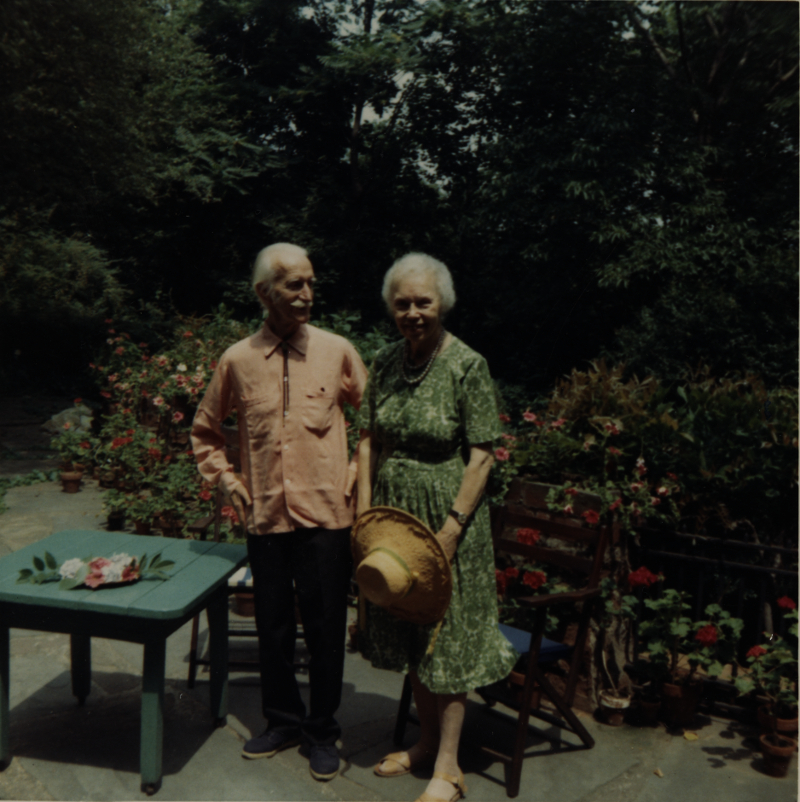 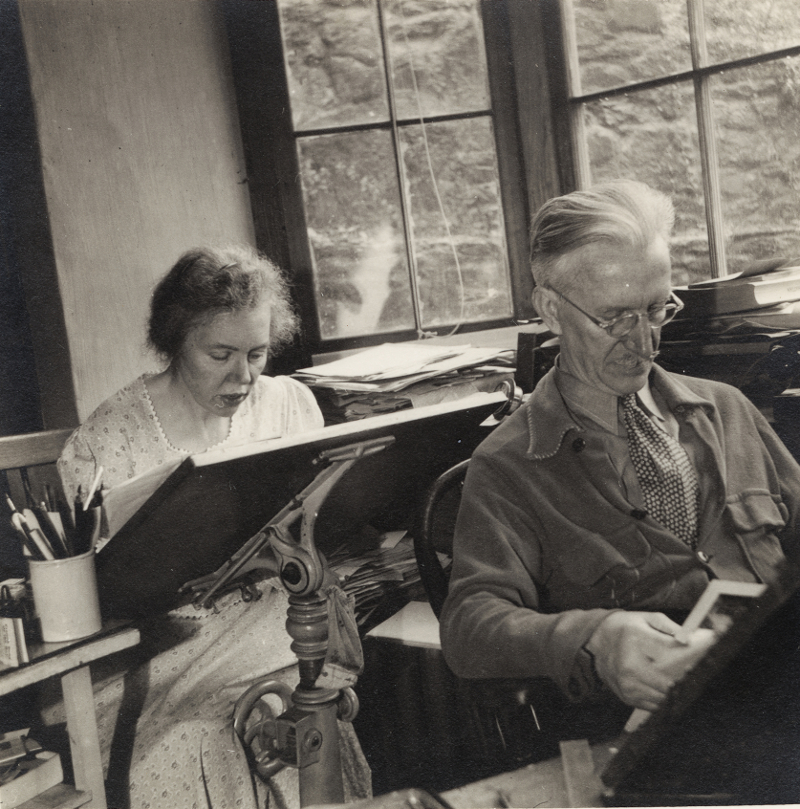 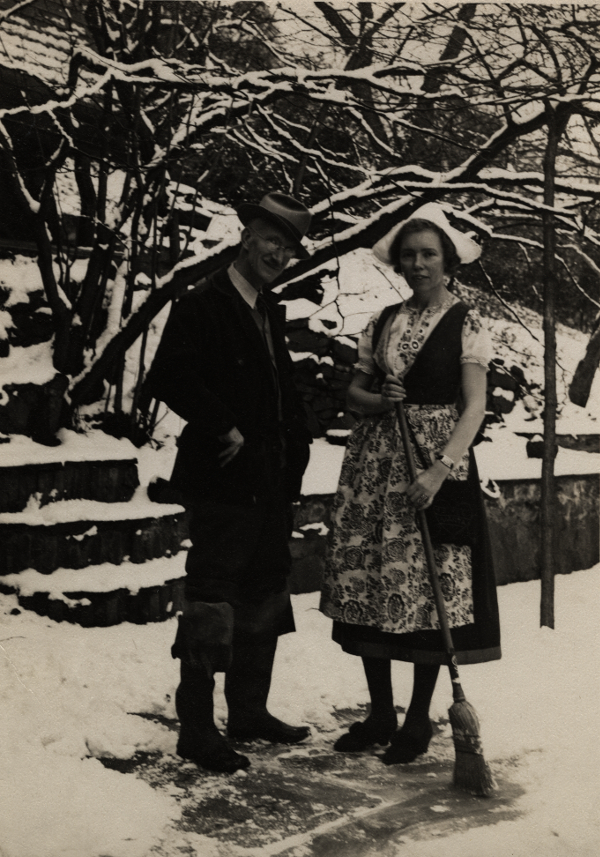 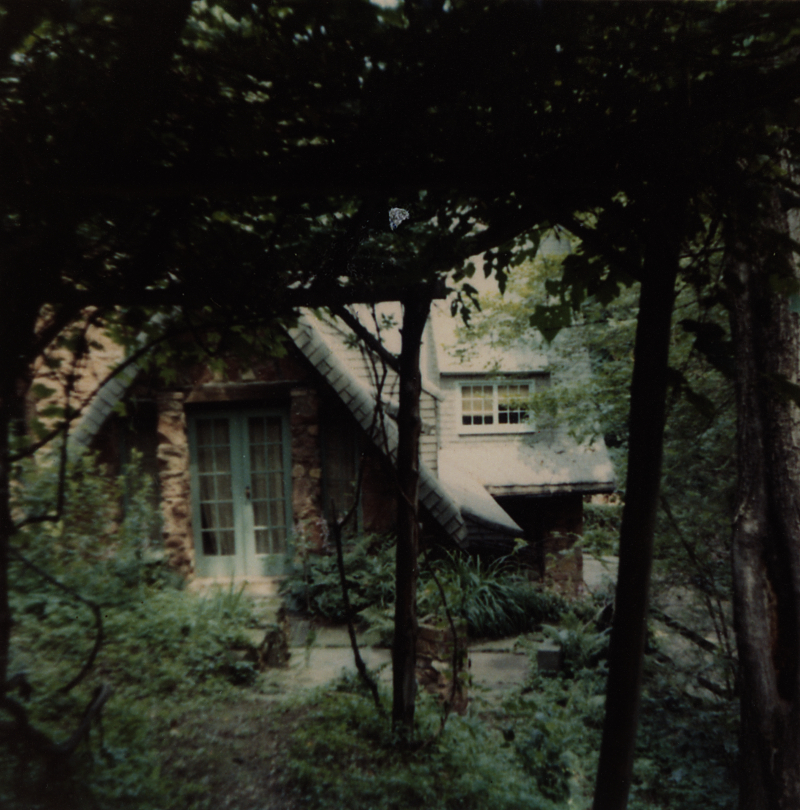 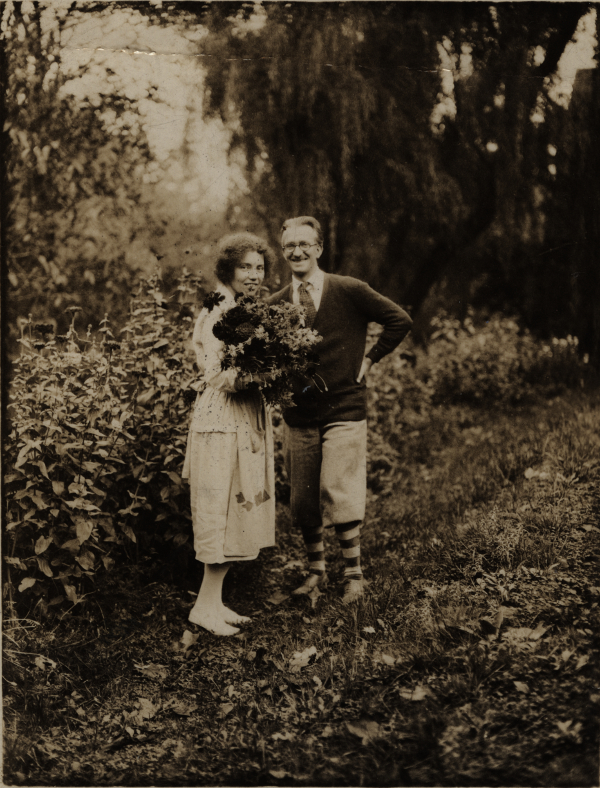 Berta and Elmer built their home from 1919 to 1925. They married in 1919. They'd probably have married earlier but they had to wait for Elmer to return from serving in Europe during WWI. They'd have lived in their beloved San Francisco but decided that artists who hoped to truly "make it" had to live in New York City, or its outskirts. They settled in the village just north of the City that became their beloved Grand View. They'd have built a small house but they knew that for life to be full and complete they'd need room to surround themselves with friends.

Their "can do" attitude served them well in their careers and in their private lives. They observed masons at work and decided that they could "do that." When they ran into difficulty with their first fireplace they hired those masons to help them, learned more, and leapt into independent action again, helped by visiting friends on the weekends. Group meals, skits, songfests, spirited conversations, canoeing, storytelling, and sleeping were interspersed with sessions of swinging hammers and using trowels. When their house was finished the first thing they decided to do was to add on.

Some locals had doubted that they could build on the sloped land they had chosen. Having lived on Telegraph Hill in San Francisco the Haders knew it could be done. The Grand View land overlooked the Mighty Hudson. It abounded with wildlife and with their dreams. They had a prolific spring whose water cascaded down the hill, creating a waterfall, and then joined the Hudson River.

Berta and Elmer had decided they could build a house together and they realized they could build a career together. Berta brought her honed art skills from having studied at the California School of Design, doing newspaper fashion illustration and portrait miniatures to the team, as well as her writing skills. Elmer had attended the same school and then went on to study in Paris. His talent had landed him the first one-man, one-themed show ever held at the Palace of Fine Arts in San Francisco. They married his style rich with bold colors and hers rich with minute detail to create their charming and realistic portrayals.

In the early 1920s they created children's pages for a number of magazines—paper dolls, action toys, finger puppets and peek-boxes. A nation of children spent many hours playing with these imaginative creations. A change in postal regulations eventually banned such magazine inserts. The Haders were saddened by that but decided to try something new. They entered an illustrator’s contest sponsored by Macmillan in the late 1920s. Louise Seaman had arranged the contest because she wanted to create a Happy Hour series. Berta and Elmer won the contest with their illustrations of The Ugly Duckling. The Happy Hour series had them illustrating Hansel & Gretel, The Little Red Hen, and others. Their book writing and illustrating career was launched.

They truly worked together passing the same piece back and forth between them. Their prolific career lasted more than forty years. Most of their titles were printed in many different languages which brings their total number of books printed to well over 100. Elmer also illustrated dust jackets, including four of John Steinbeck’s (Grapes of Wrath, East of Eden, The Long Valley and Winter of Our Discontent), plus he painted landscapes. Berta painted miniature portraits. Their love of life, of people, and of nature and animals showed in much of their work, as did their senses of humor and of whimsy.

Thousands upon thousands of their books sold. They were a significant and important part of the Golden Age of Children’s Literature. There was a vibrancy and magnificence of detail in their work. Berta and Elmer died in the 1970s, but their legacy lives on.