Concordia University Libraries is proud to host a collection of works by Berta and Elmer Hader. This guide provides a sample of the works that we have on display or in our archive. 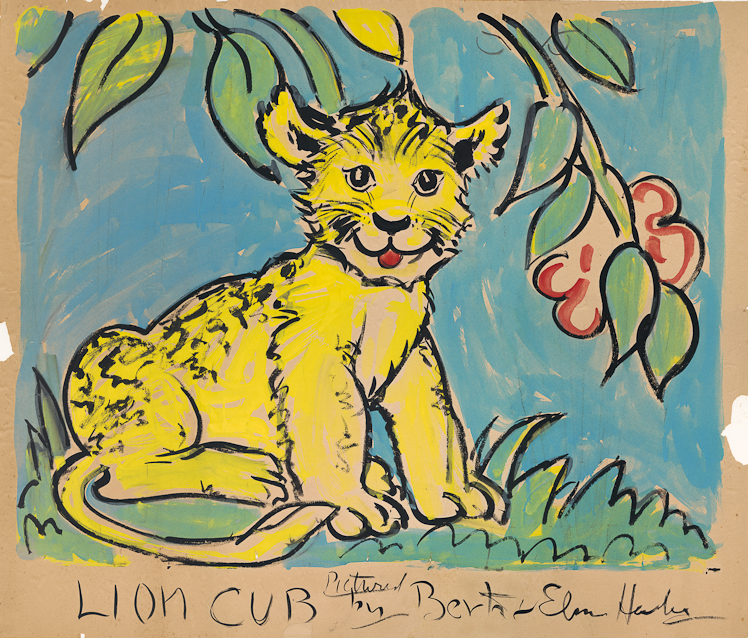 Berta and Elmer Hader’s accomplishments read like a Who’s Who of the literary illustration world. They wrote and illustrated two Caldecott Honors award books and one Caldecott Award Winner – The Big Snow. Their artwork impressed writer, John Steinbeck so much that he requested that Elmer create the cover art for four of his books, including East of Eden and The Grapes of Wrath. Frequent visitors to their Little Stone House – the home the Haders built on an old stone quarry near the Hudson River – included writer Dorothy Parker, poet Carl Sandburg, and actress Helen Hayes. And they were instrumental in getting The Little House on the Prairie books published.

Berta and Elmer were married in 1919. They quickly discovered that they worked well as a team and found a niche creating magazine inserts designed for children – paper dolls, shadow boxes, and action toys. Before long, they found themselves at home in the world of children’s book writers and illustrators. Berta’s fine eye for detail and Elmer’s bold approach to art – mixed with their mutual love of animals, children, and people – brought many awards their way. Their writing and illustration career flourished from the 1920’s to the 1960’s.

In 1955, the Haders wrote, "We write for children, not to preach, nor moralize, but to suggest that the world about them is a beautiful and pleasant place to live in, if they but take time out, to look. And perhaps in doing so, our young readers will develop an interest to save what is good of their world for others to enjoy."